Back to All Condor Bios
Loading bio data
Nomad (574) seems to want the best of both worlds and frequently bounces between release sites on the central coast. His father, Puff Daddy (219), was released in Big Sur while his mother, Pinnacles National Park Condor 310, was released in Pinnacles National Park and the two established a breeding territory between the two sites. At first, we weren't sure where Nomad (574) was going to spend more of his time after he fledged, but he has mimicked his parents' habit of splitting time between the two release sites.

His first trapping experience was in Big Sur and it was such a shock to him that it scared him away for a few months, but he gradually began wandering back. When he was hanging around Big Sur as a young fledgling, his father Puff Daddy (219) would show him feeding techniques, which was very cute and endearing to watch.
​
Nomad (574) paired with fellow wild-fledged condor, Miracle (538), in 2017 and together they made history by having the first wild-born California Condor in the state since 1985. But that’s not all: They were able to successfully raise a chick - the first second-generation wild-born condor in decades! Unfortunately in 2020, Nomad (574) and Miracle (538) lost their second hatched chick, Mystic (992), in the Dolan Fire. 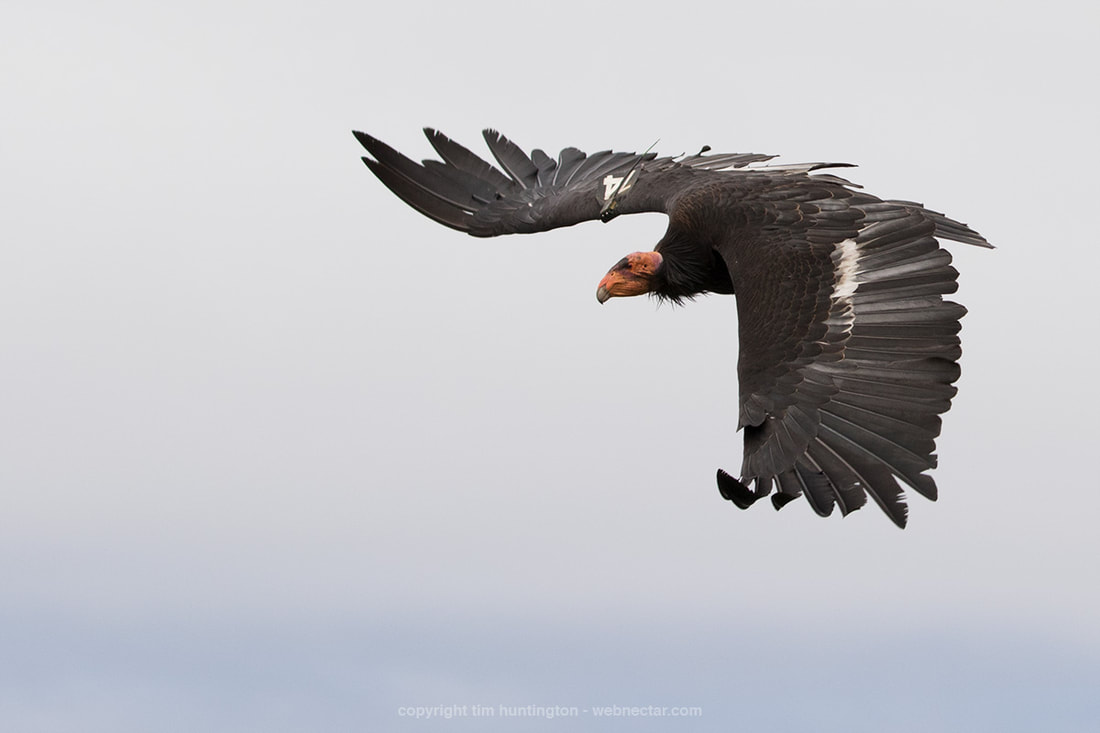