Back to My Condor In Memoriam
Loading bio data
#824, aka "Tormund", was the dominant male of his cohort and his name suited him well. Tormund had brash tendencies and was constantly picking fights with his fellow cohort in the San Simeon flight pen. Tormund was named after a fierce warrior in the popular series Game of Thrones. He spent time at each of the managed sites between Pinnacles National Park, Big Sur, and San Simeon, but also travelled and explored other areas throughout the Gabilan Range. 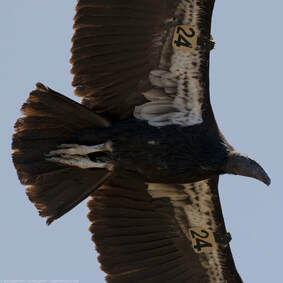